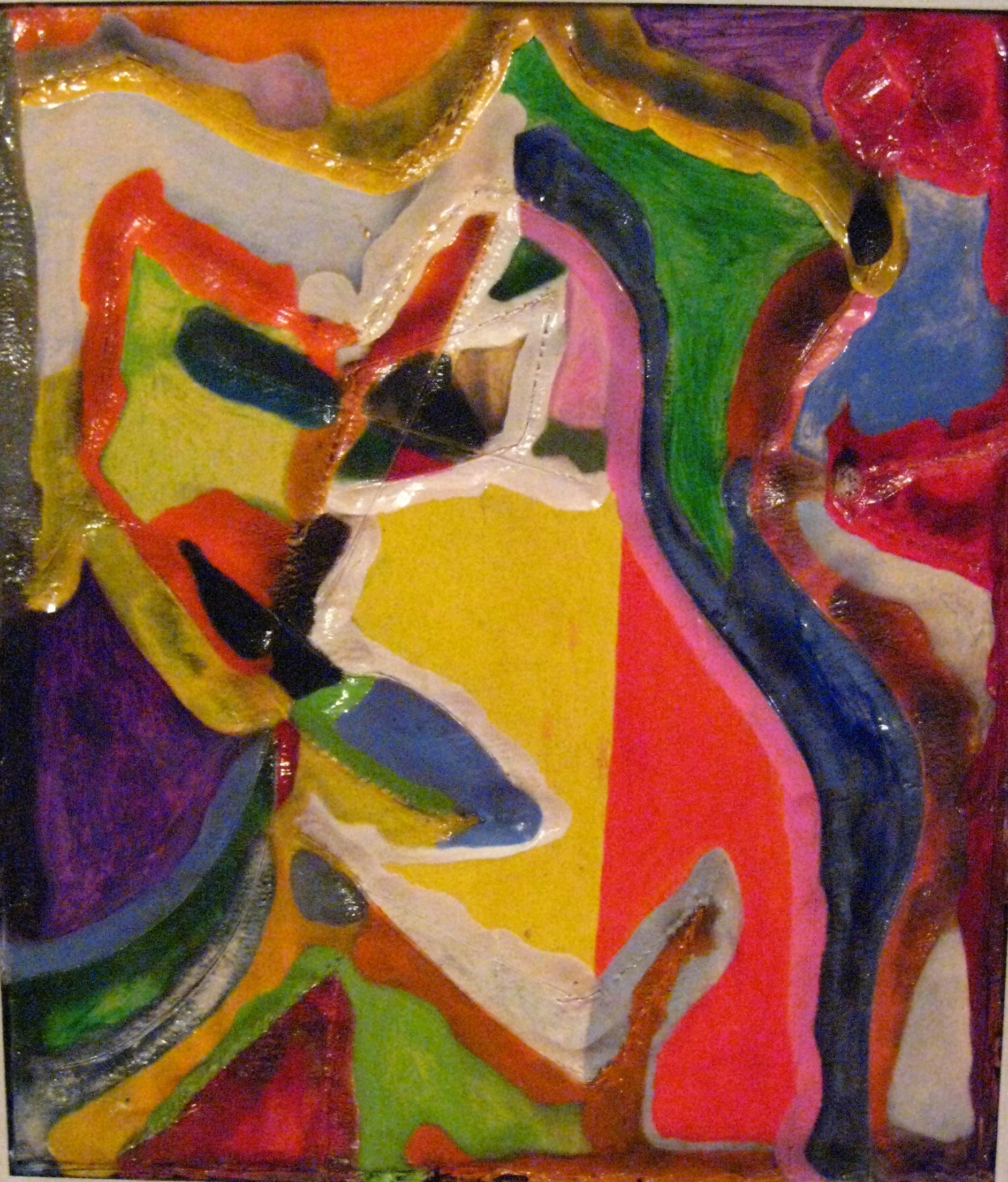 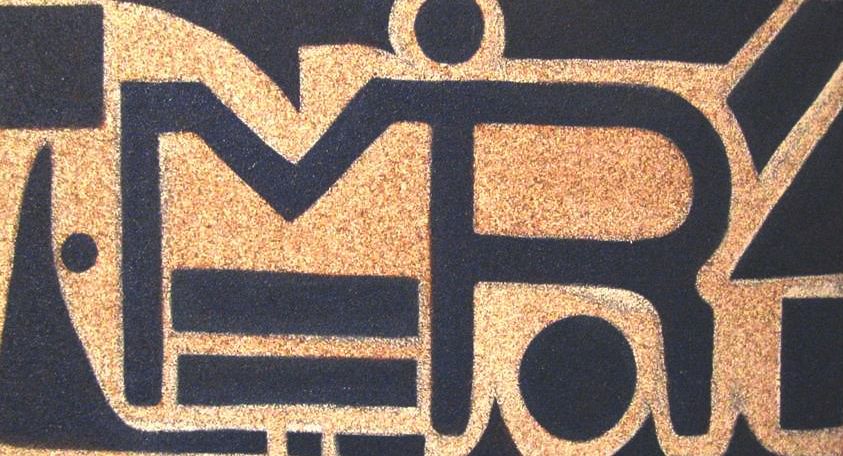 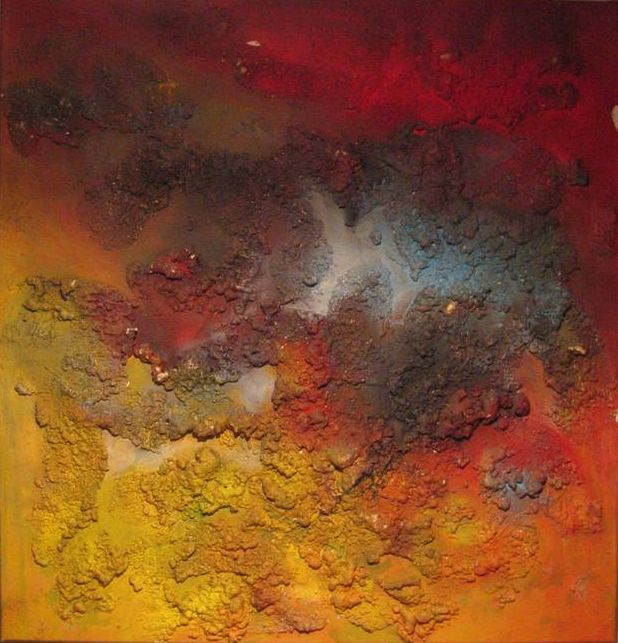 In the 80s he began an artistic journey in a turbulent youth Turin, which looked at the Punk influences and the nascent English New Wave. He confronts artistically with the avant-gardes, such as Young British Artists, and joins the ideologies and works of American graffiti artists.

This is how the collages and acrylics on cardboard come to life, reusing and painting objects recovered with the aim to search for an innate ancestral art that is able to communicate on multiple sequential levels.

The works of the 90s includes computer-generated canvases with industrial silicone enamels and corks panels, and in the 2000s he tries out new materials such as polystyrene, polyurethane, resins and the ink jets, mixing sophisticated techniques with traditional materials, in a continuous research of an emotional representation also through those synthetic materials, which are the witnesses of our time.

The works of the 2000s are perhaps the synthesis of this long experimentation and research, or rather as the artist calls it in a single word, “TRANSFORMATION”, which led him to combine a support that is no longer paper or canvas, but the polystyrene foam. This one becomes three-dimensional sculptured material, carved, engraved, burned, and colored with oil and resins, to the extent of being transformed into something not immediately perceptible arising in the observer the need of touching it to understand its nature and its secret.

These works are defined by the artist as “OOPART” from the English acronym Out of Place Artifact, an acronym that groups together all those mysterious archaeological works whose provenance, date and meaning cannot be established with certainty.

In the second decade of the 21st century, the “Light Icons” come to light. They are oil works on cellulose embedded in resin, backlit with self-powered LEDs. The works are dated by the artist B.C. Before Christ, with a reference to the ancient civilizations, in an imaginary bridge that, through a space-time mirror, links the different cultures in a single purpose, which from the primordial cavemen up to now, projects us without expressive limits to the near future.